Situated in an established lake neighborhood, this house is a decidedly modern take on traditional lake cottage vernacular. Guided by the homeowners’ request for “something distinct,” the designers eroded away the traditional forms of Shingle style and infused the hollowed out spaces with a fresh, contemporary spirit. Designed to fit both the neighborhood and the homeowners, the home has four bedrooms, a spacious open kitchen, dining and living area, a large home office, a fitness and physical therapy room, an outdoor patio, and a three-car garage. Eliminating the threshold between interior and exterior, the designers used huge expanses of floor-to-ceiling glass to open the house to the lake and the backyard. While it’s the only modern home on the street, the simple, traditional forms and authentic dark wood shakes and white horizontal shiplap siding create a fascinating dialogue between the neighboring homes and the lake.

This home was selected by the Star-Tribune and AIA Minnesota as a 2016 Home of the Month! It has also received an Association of Licensed Architects silver design award. Along with these awards, this home was featured in the StarTribune in June 2016. 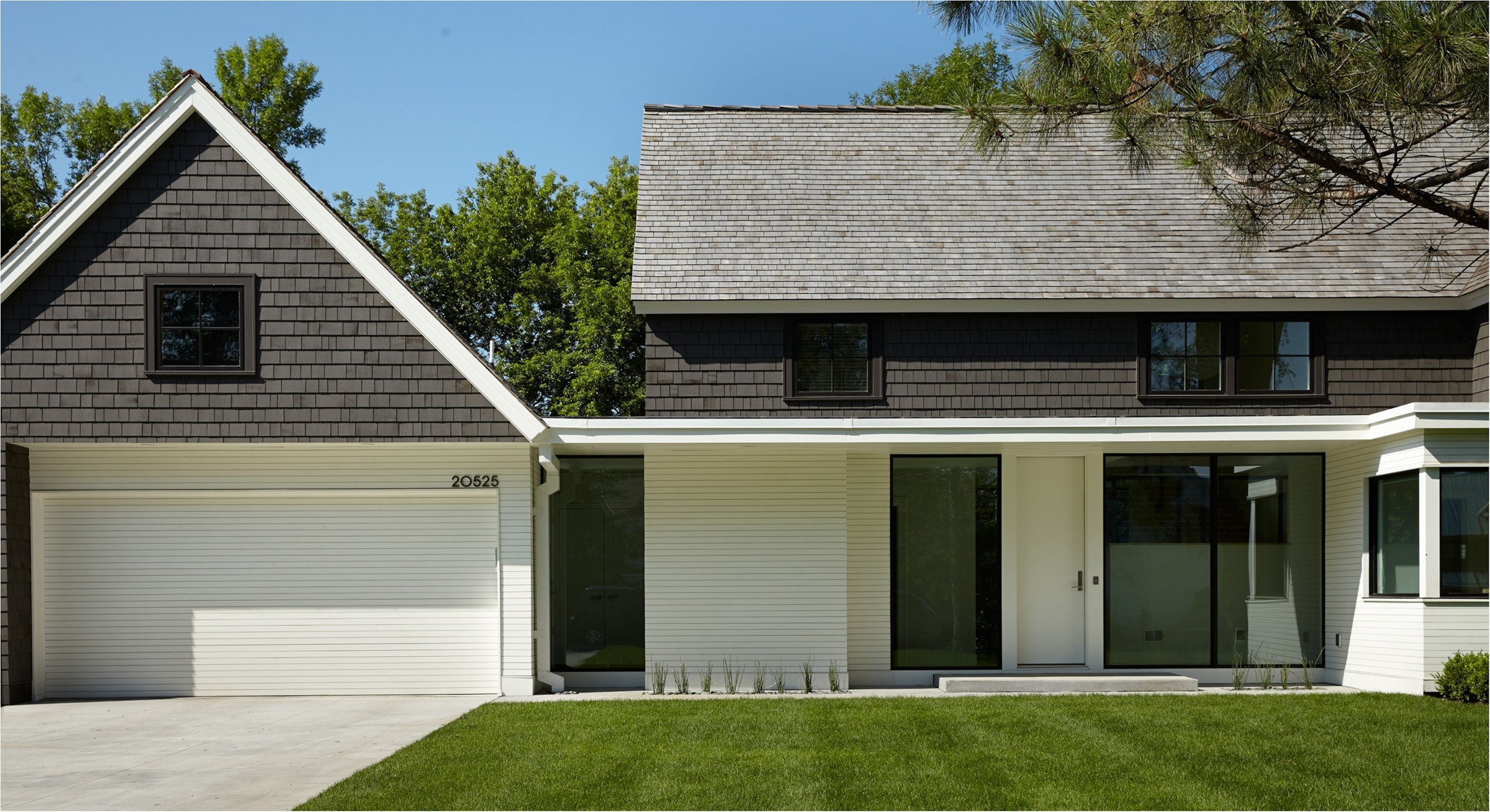 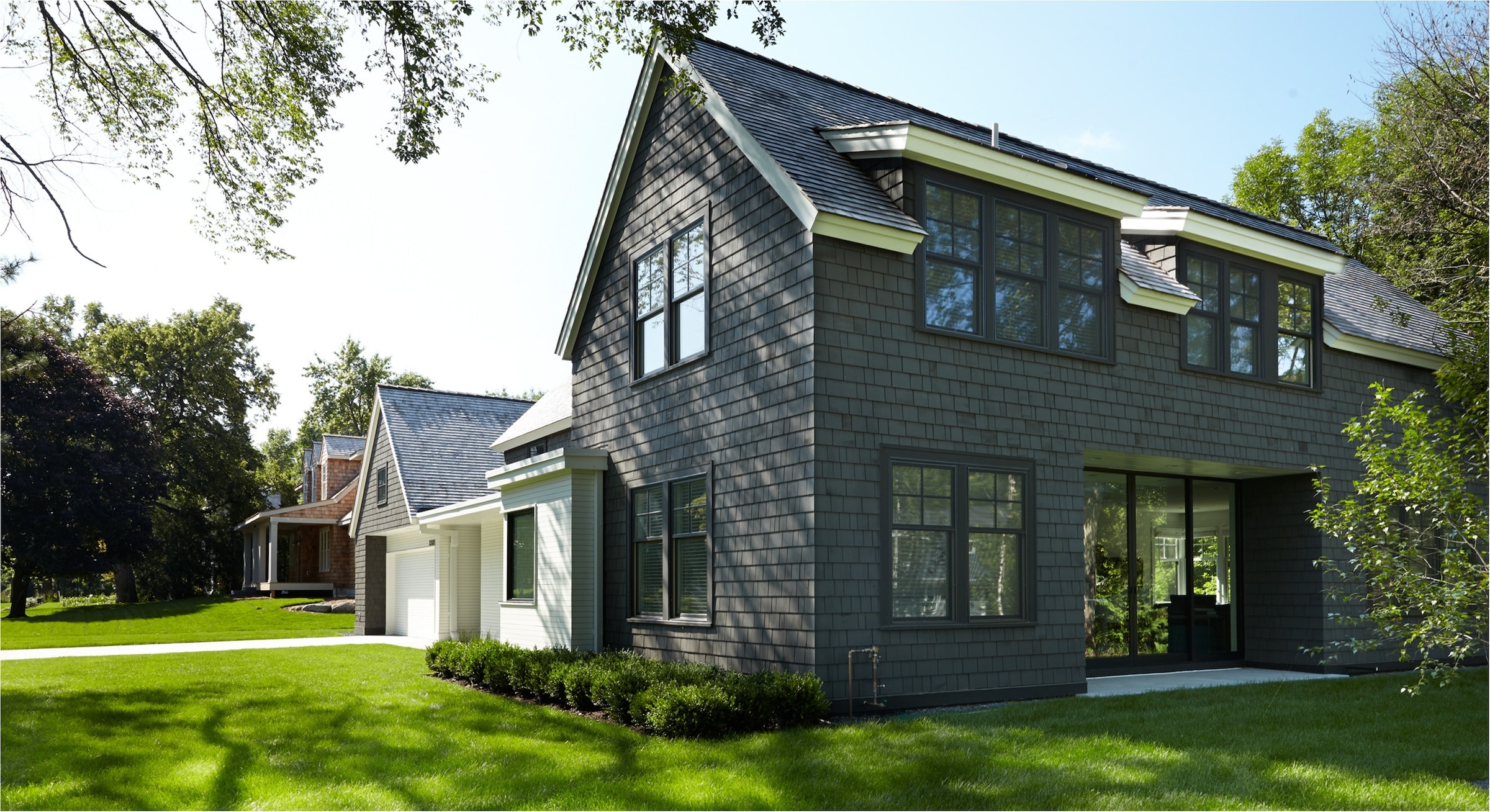 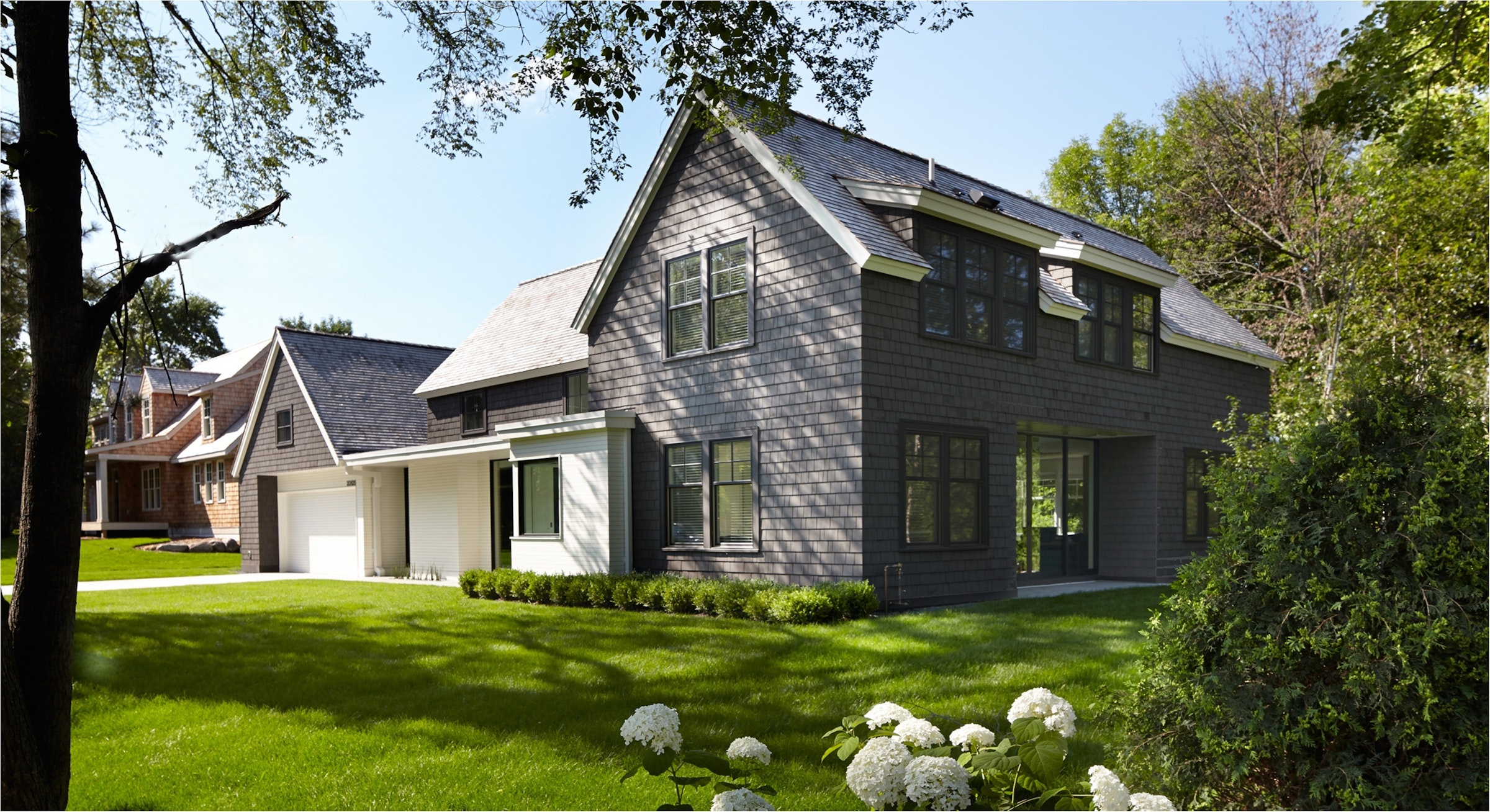 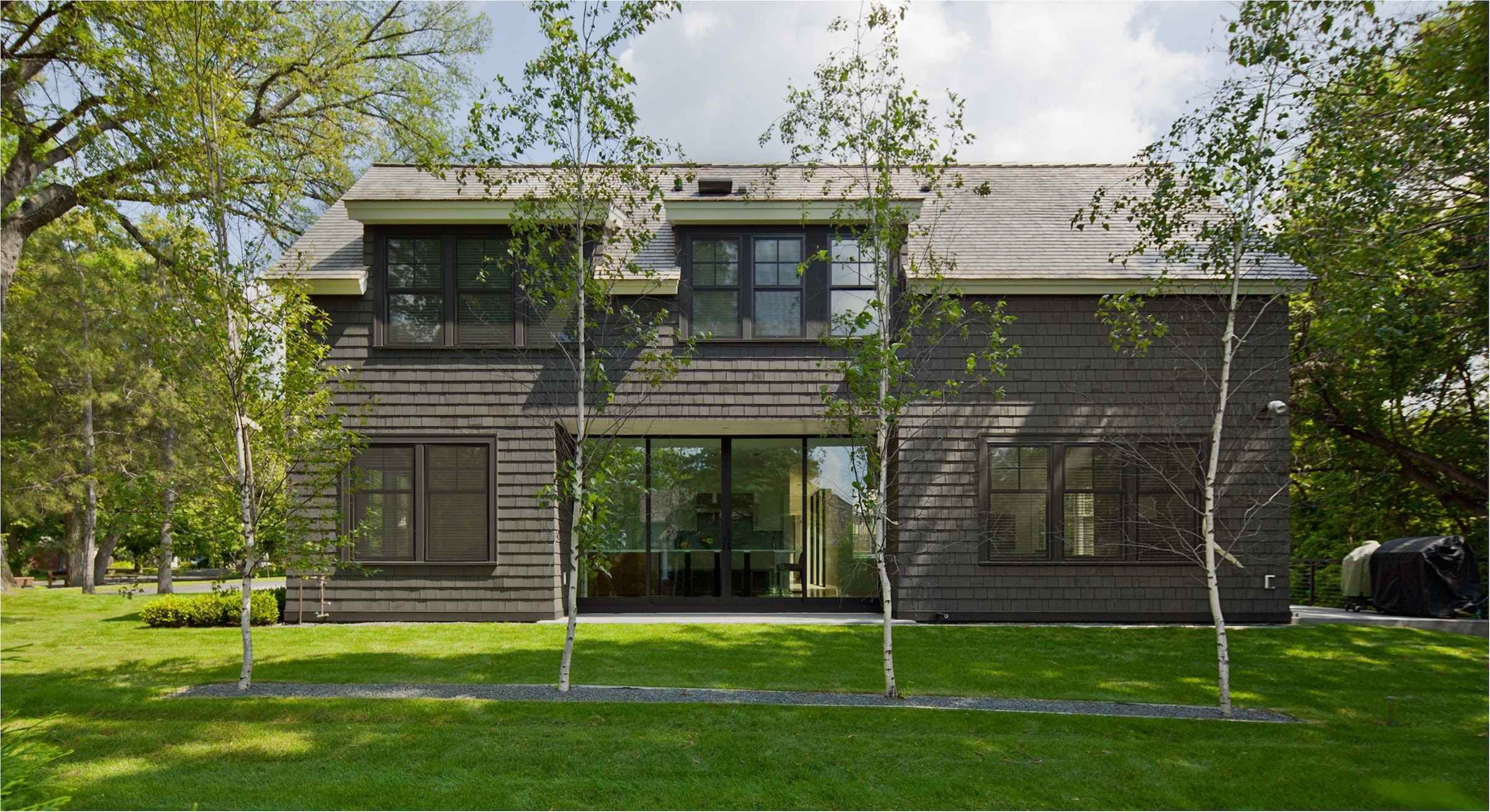 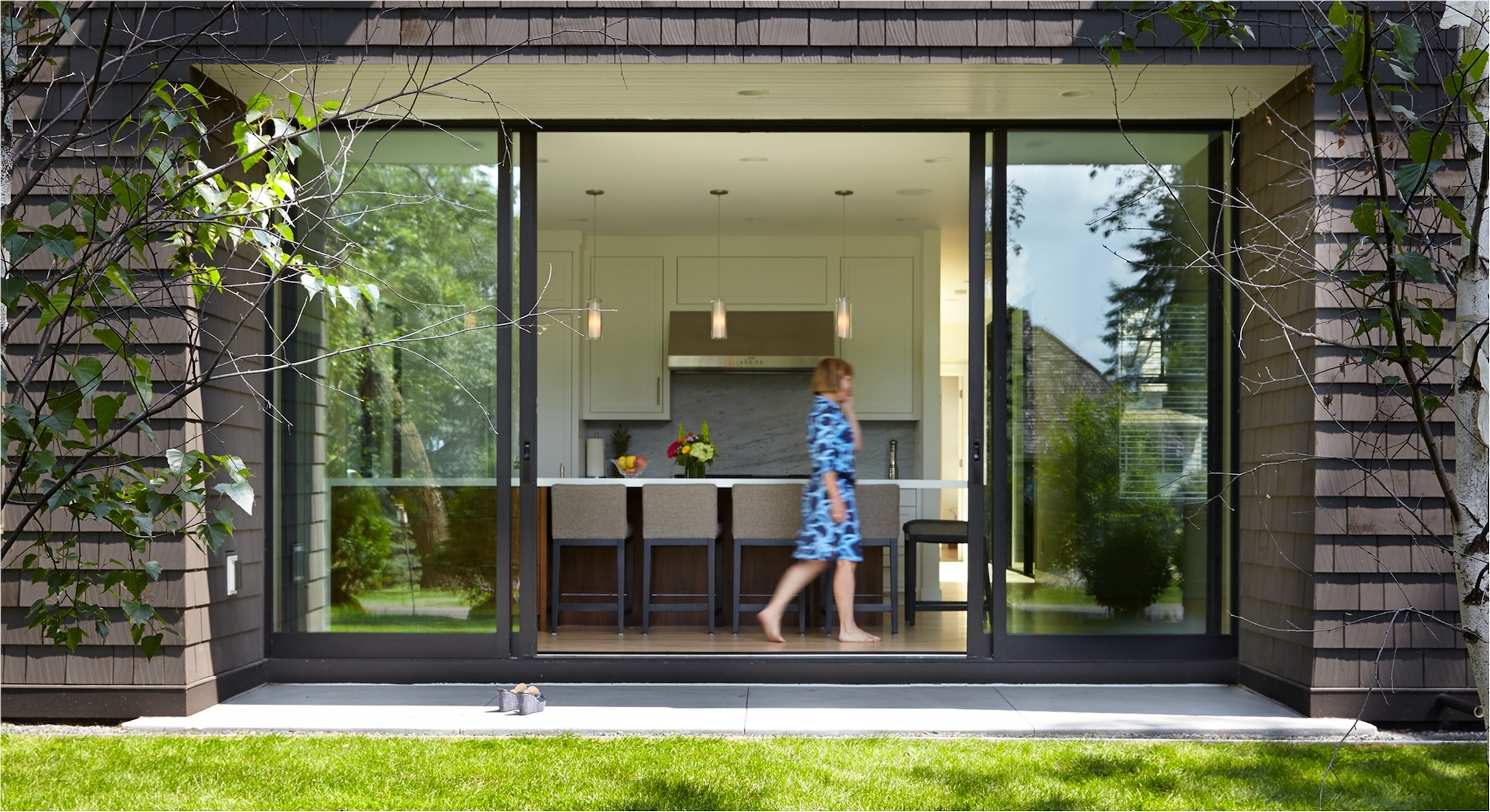 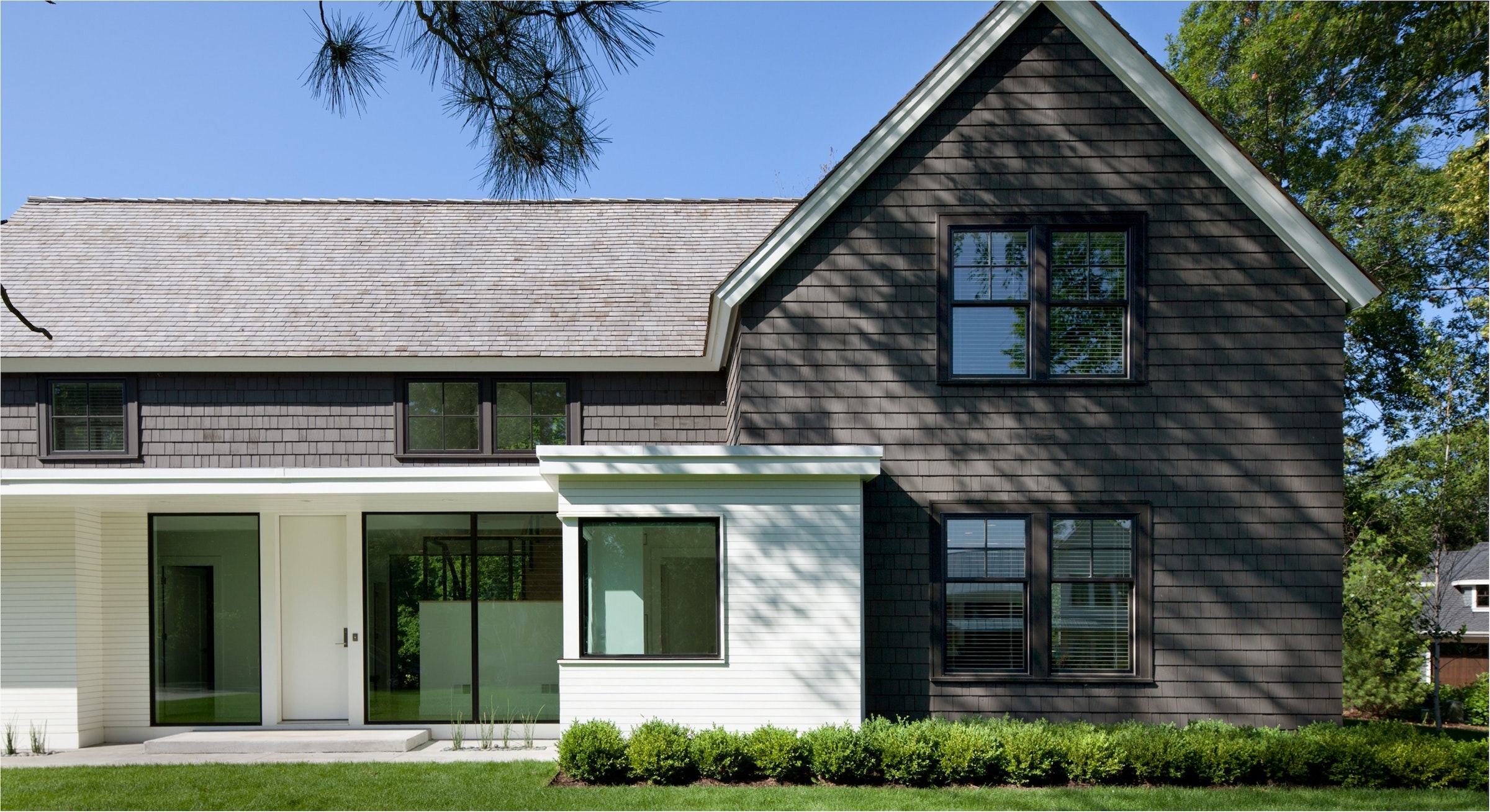 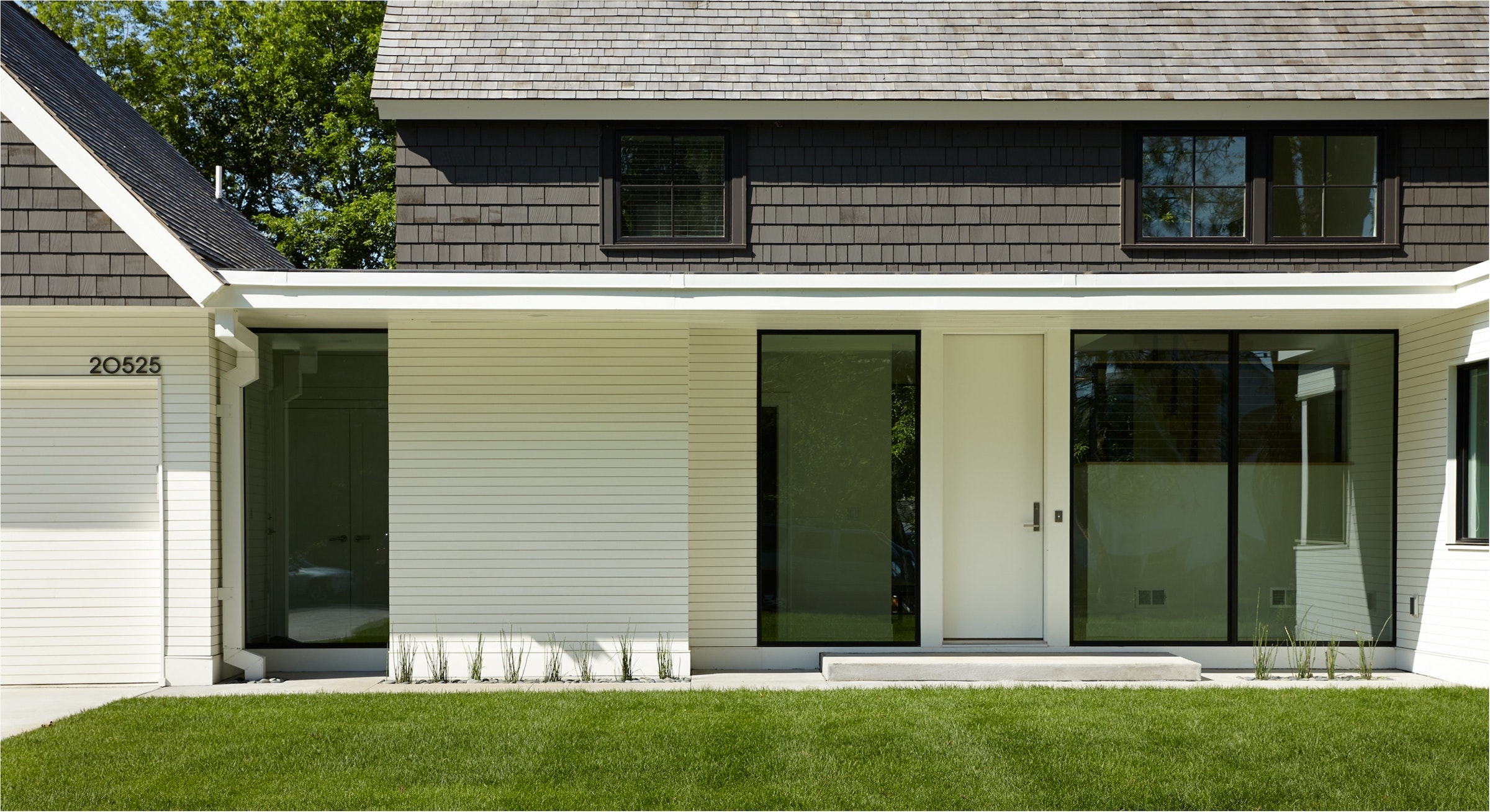 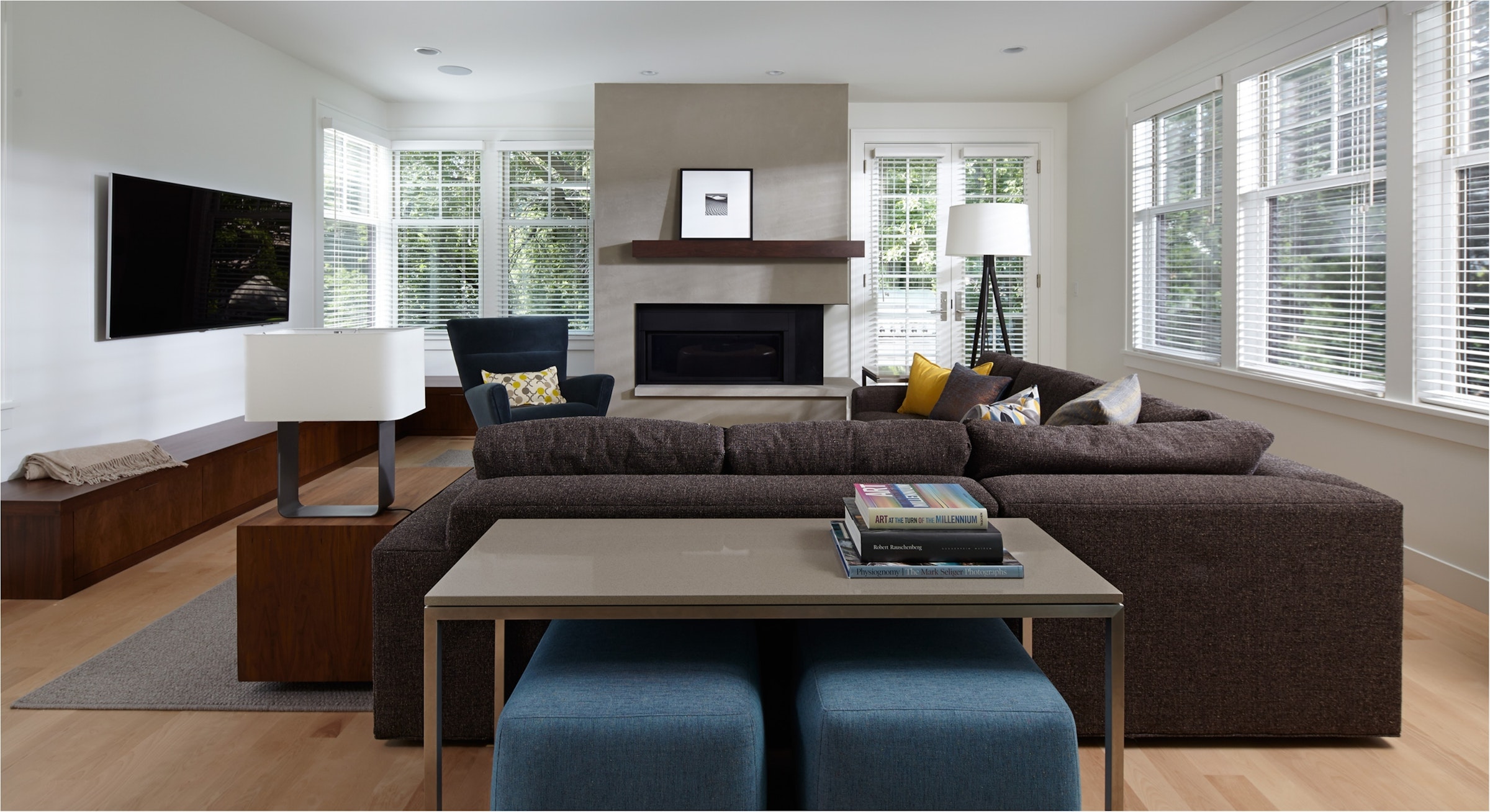 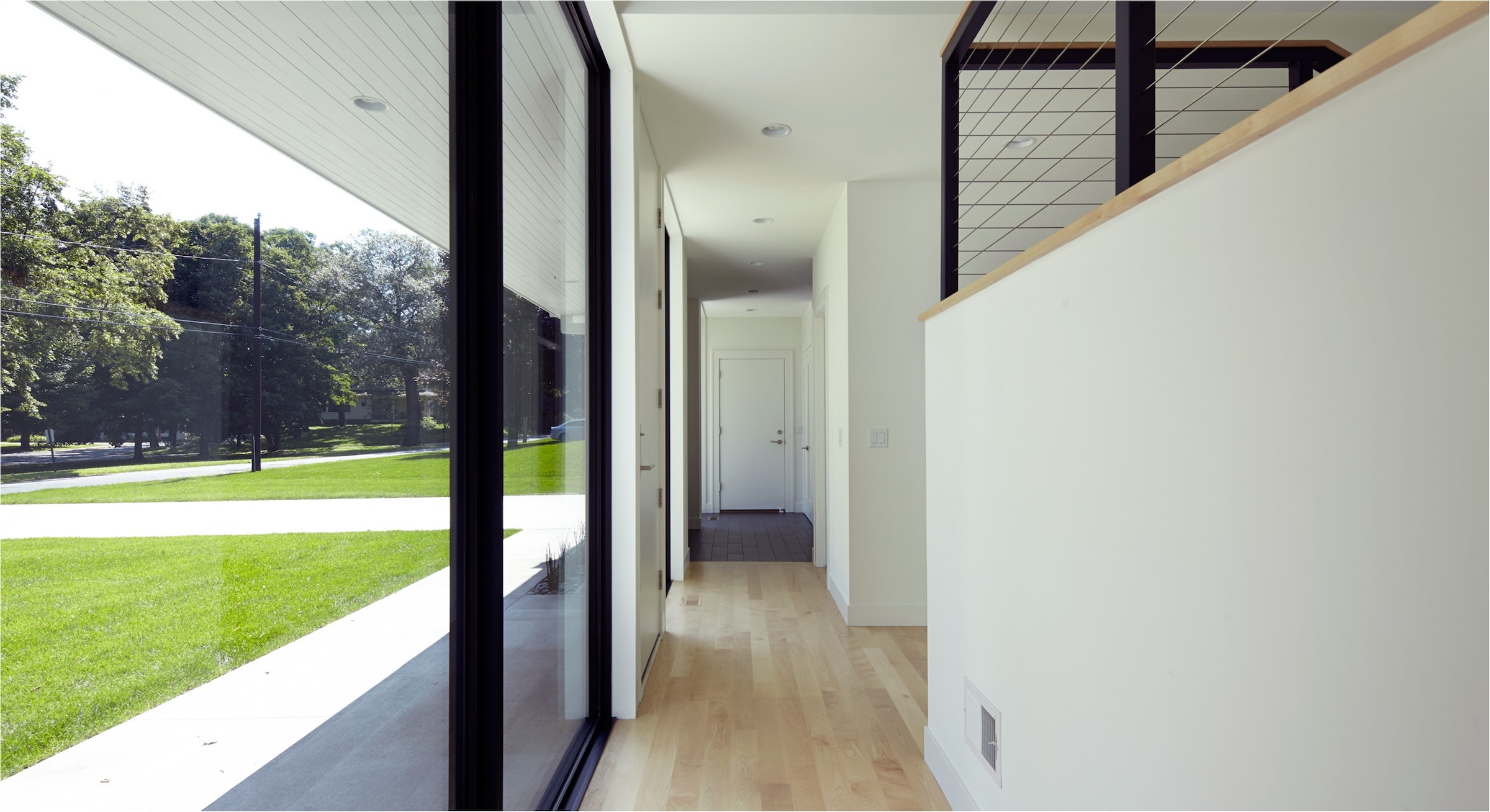 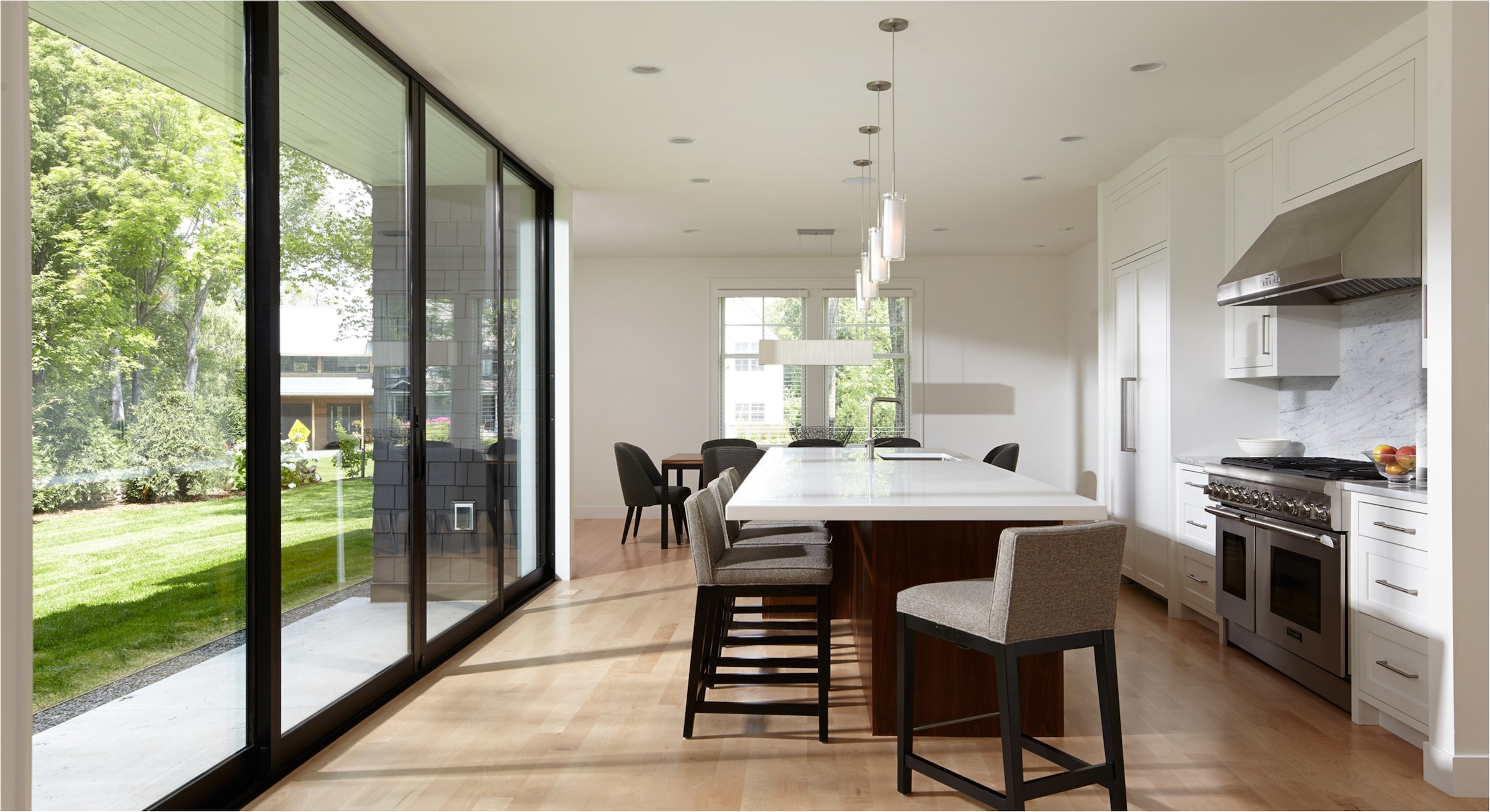 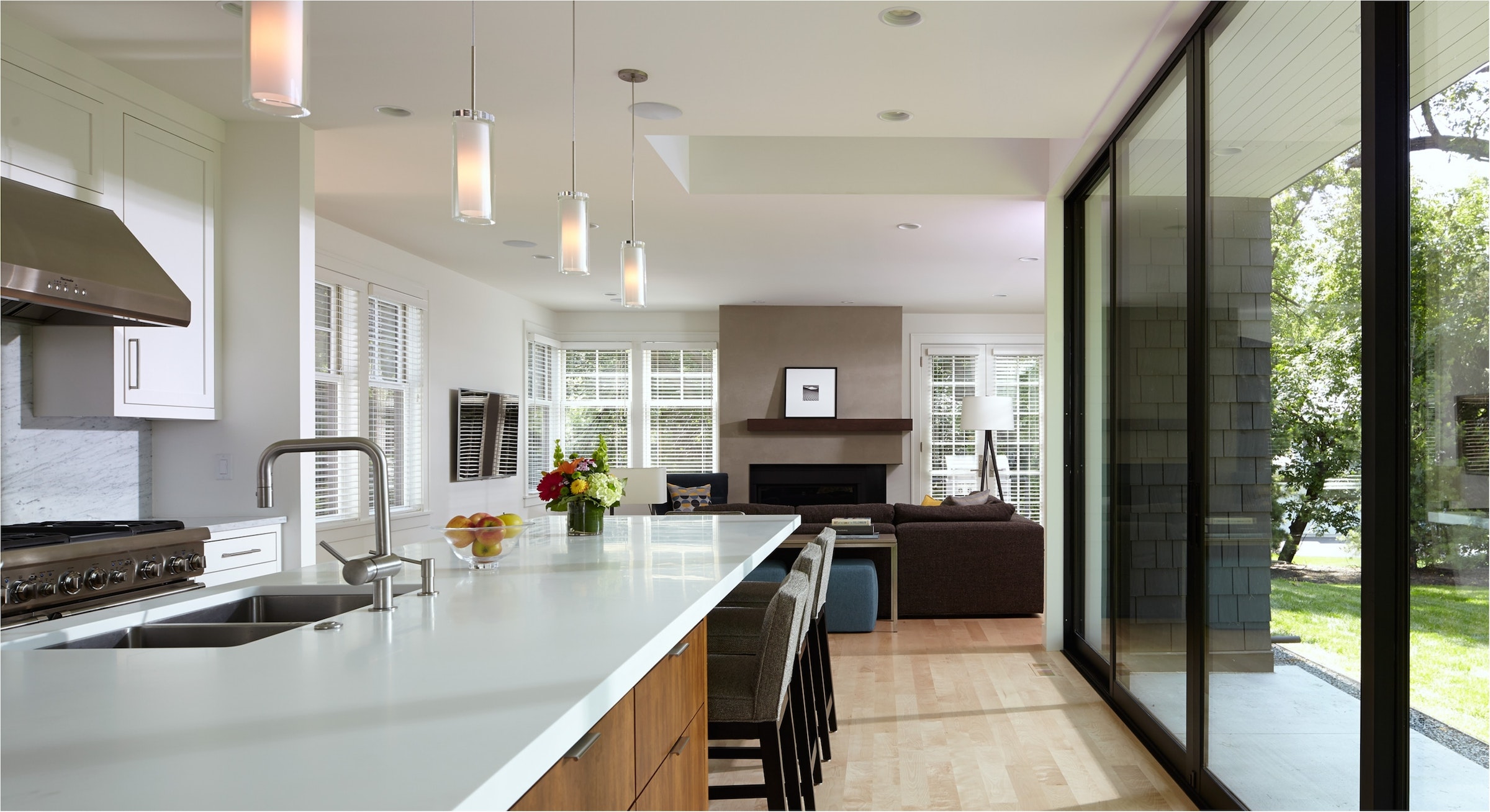 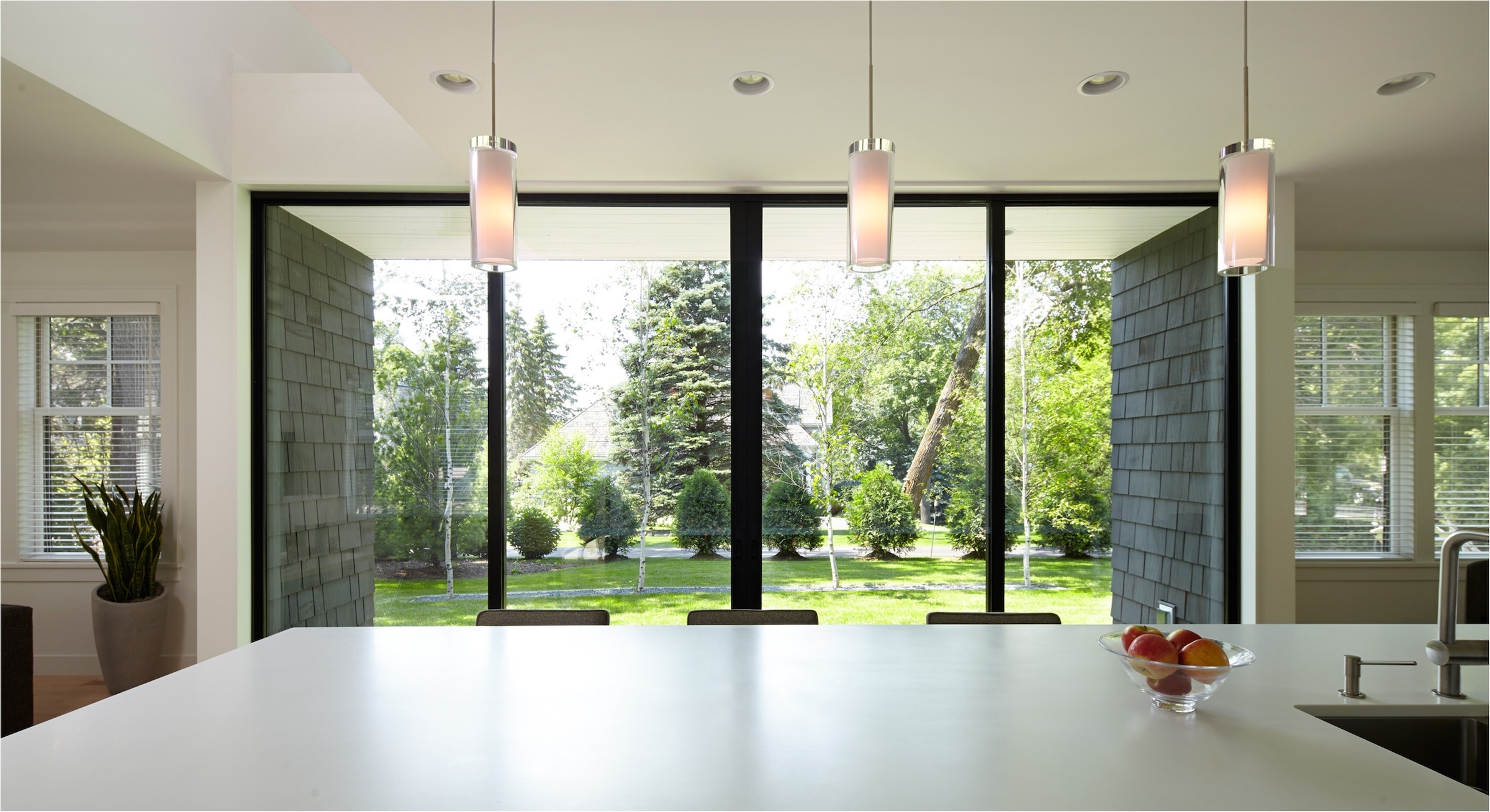 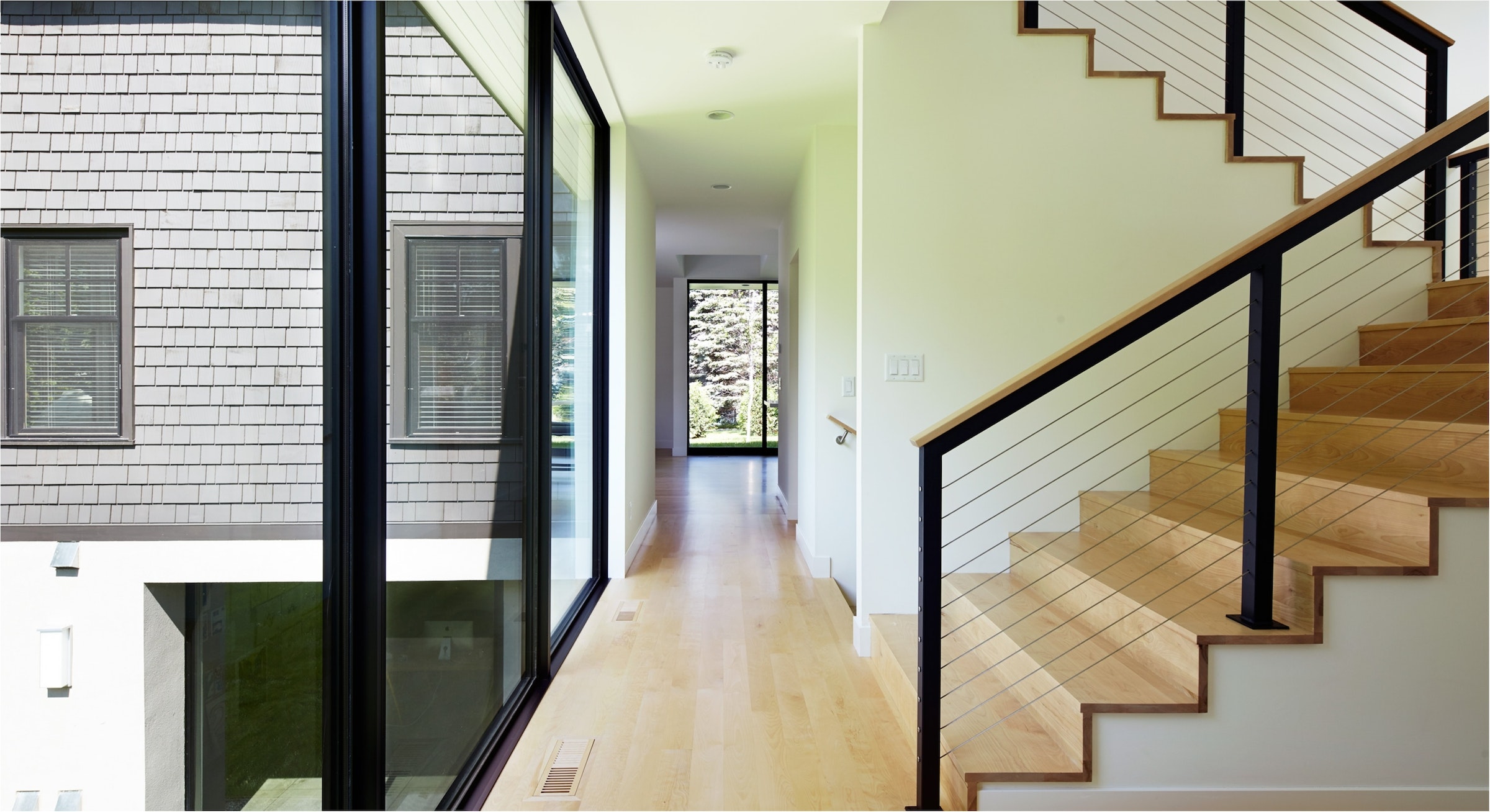 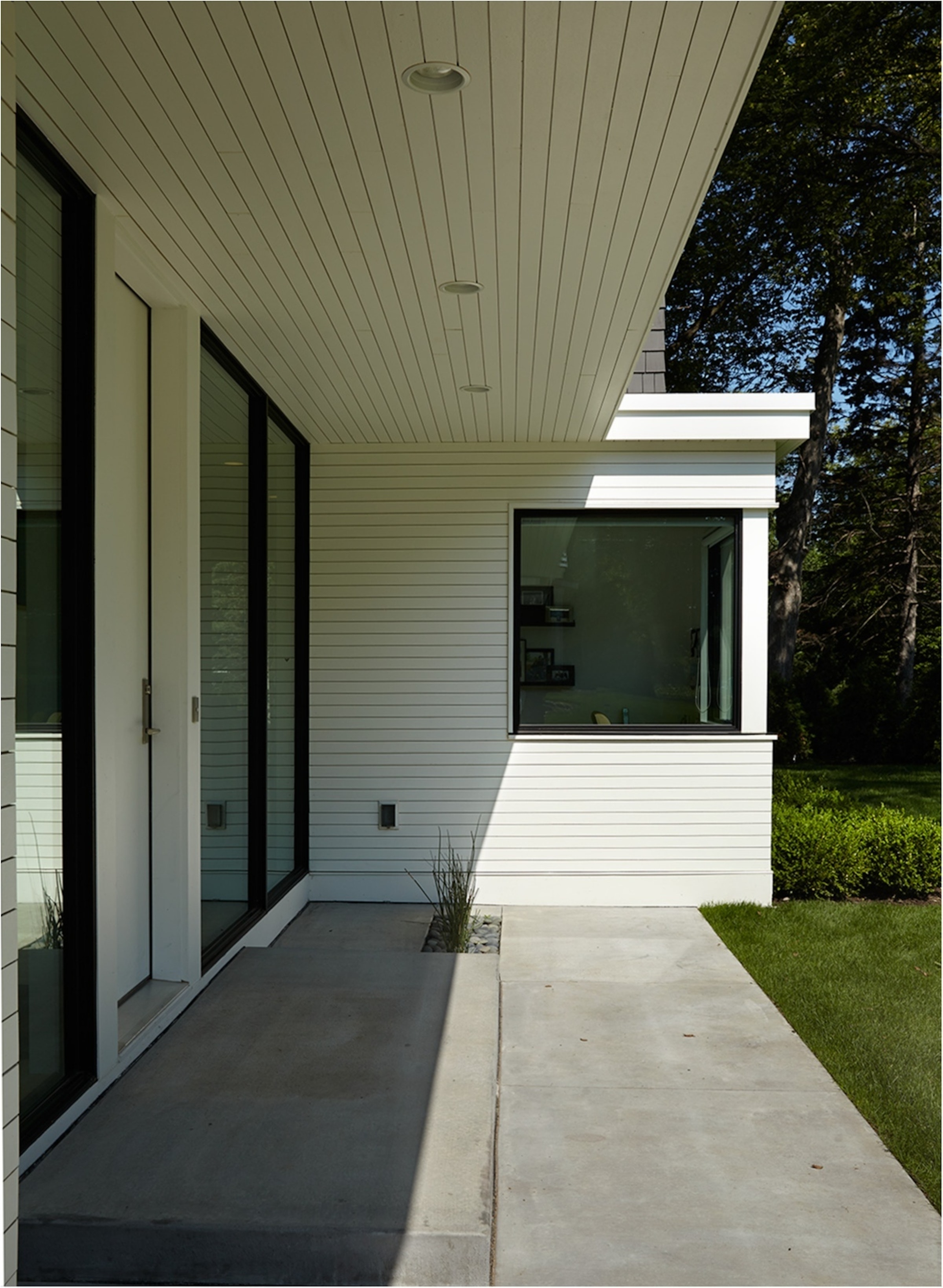