This 1980's home was clearly a gem in the making. Though awkwardly configured and dated on the interior, we recognized the potential of the home's underlying architecture and its site. We removed all the interior walls, exposing the tall vaulted spaces hidden within the roof trusses. Spaces are defined by walls of red birch cabinetry, while glass transoms and hidden doors provide acoustic separation. Large windows and a 16-foot folding glass door open the home to its wooded site. Unusual materials bring warmth and depth to the “organic modern" design, including an undulating stone floor and custom mosaic backsplash. High shelves above the kitchen, accessed by a sliding library ladder, provide spaces to showcase art and books.

This home was on the Spring 2011 Remodeler's Showcase Tour, was featured in the October 2011 Mpls.St.Paul Home magazine, the November 2013 issue of Residential Archiect, was featured in the April 2014 issue of Midwest Home's Guide to Good Design, and was showcased on Williams-Sonoma's Cultivate website. The home won a 2013 AIA Minnesota Home of the Month award and was featured in the May 5th, edition of the StarTribune's Home + Garden section. The home also received two 2011 COTY Awards from NARI Minnesota, including best whole house renovation and and honorable mention for best kitchen. 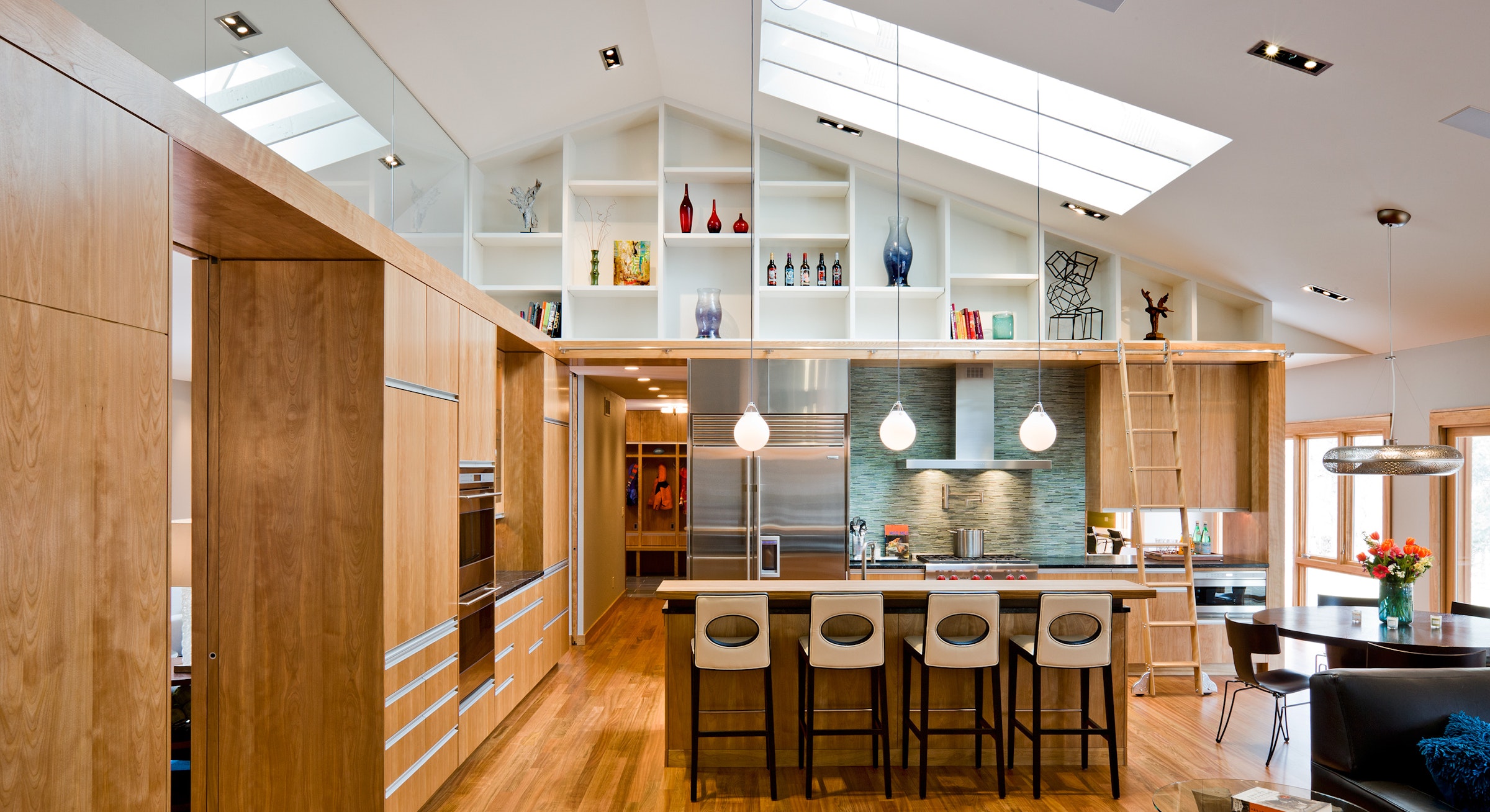 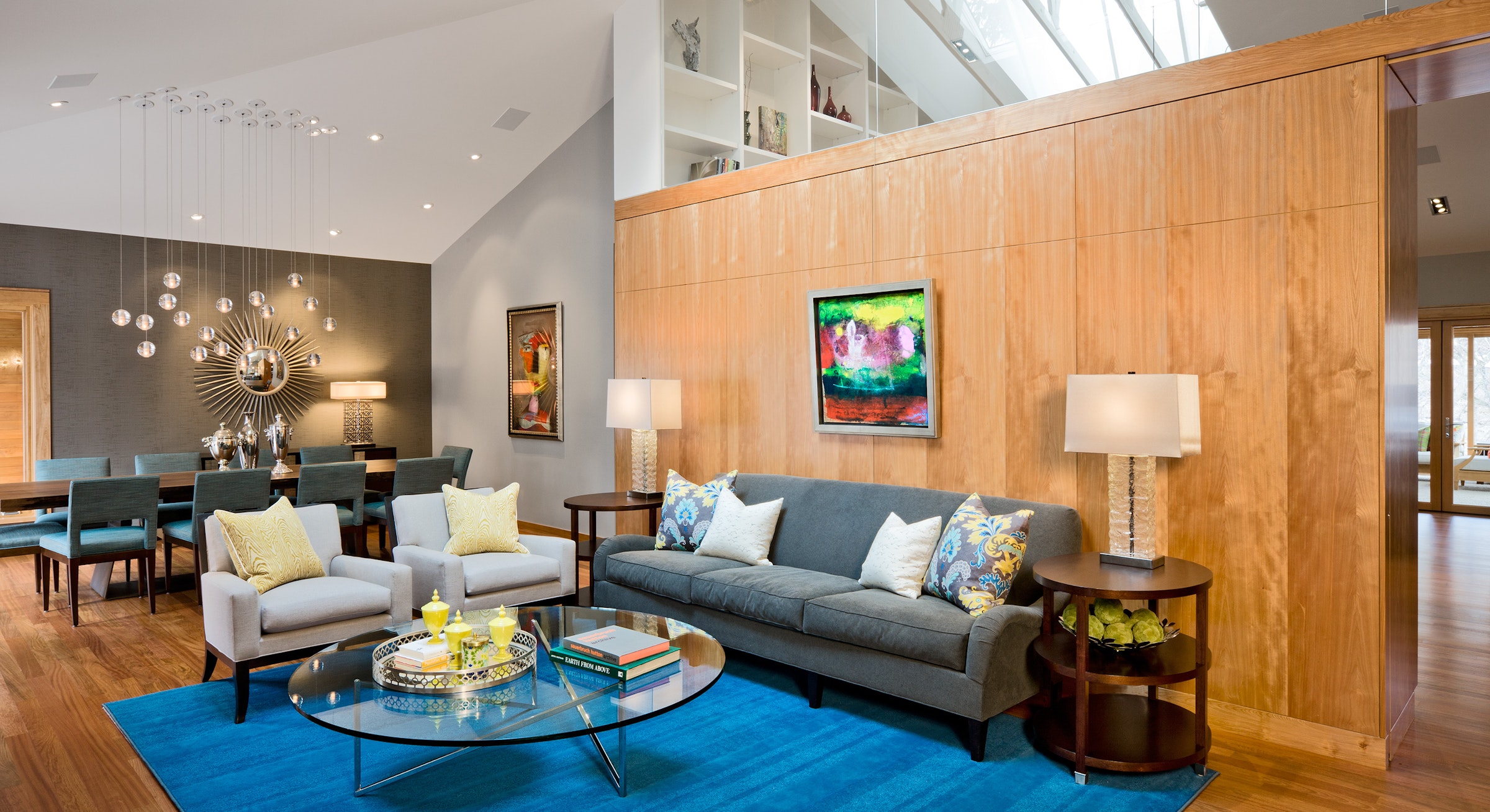 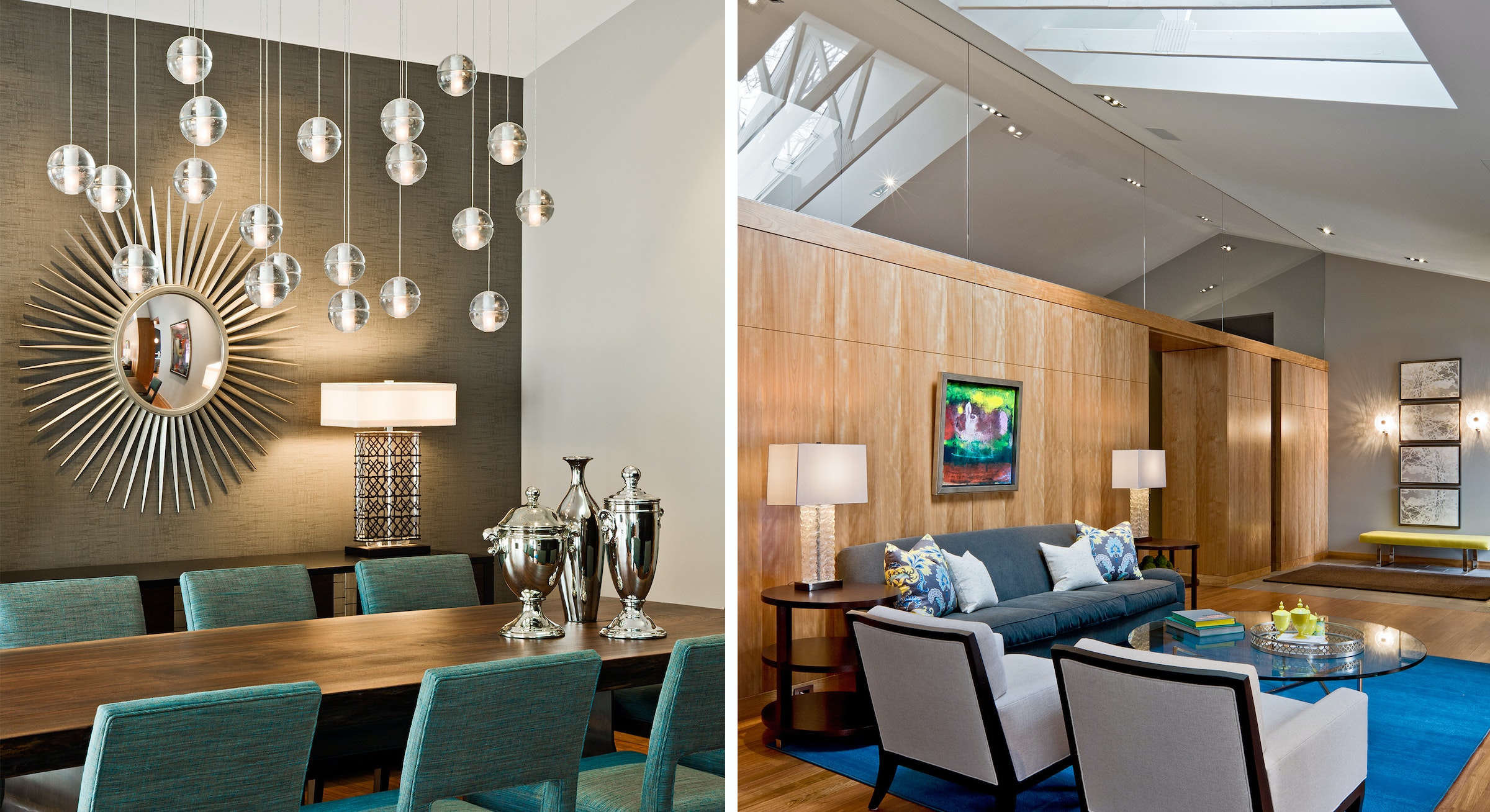 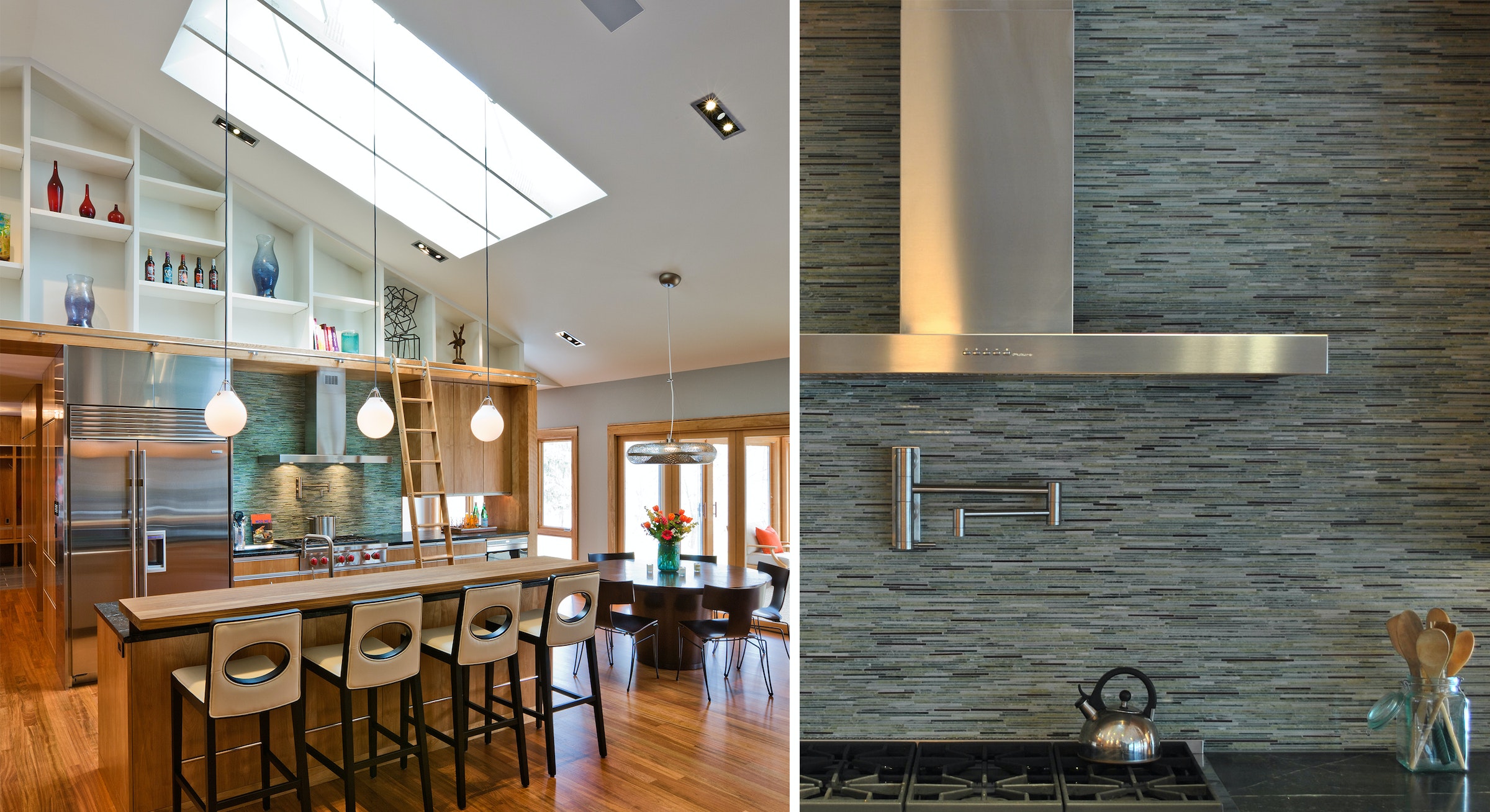 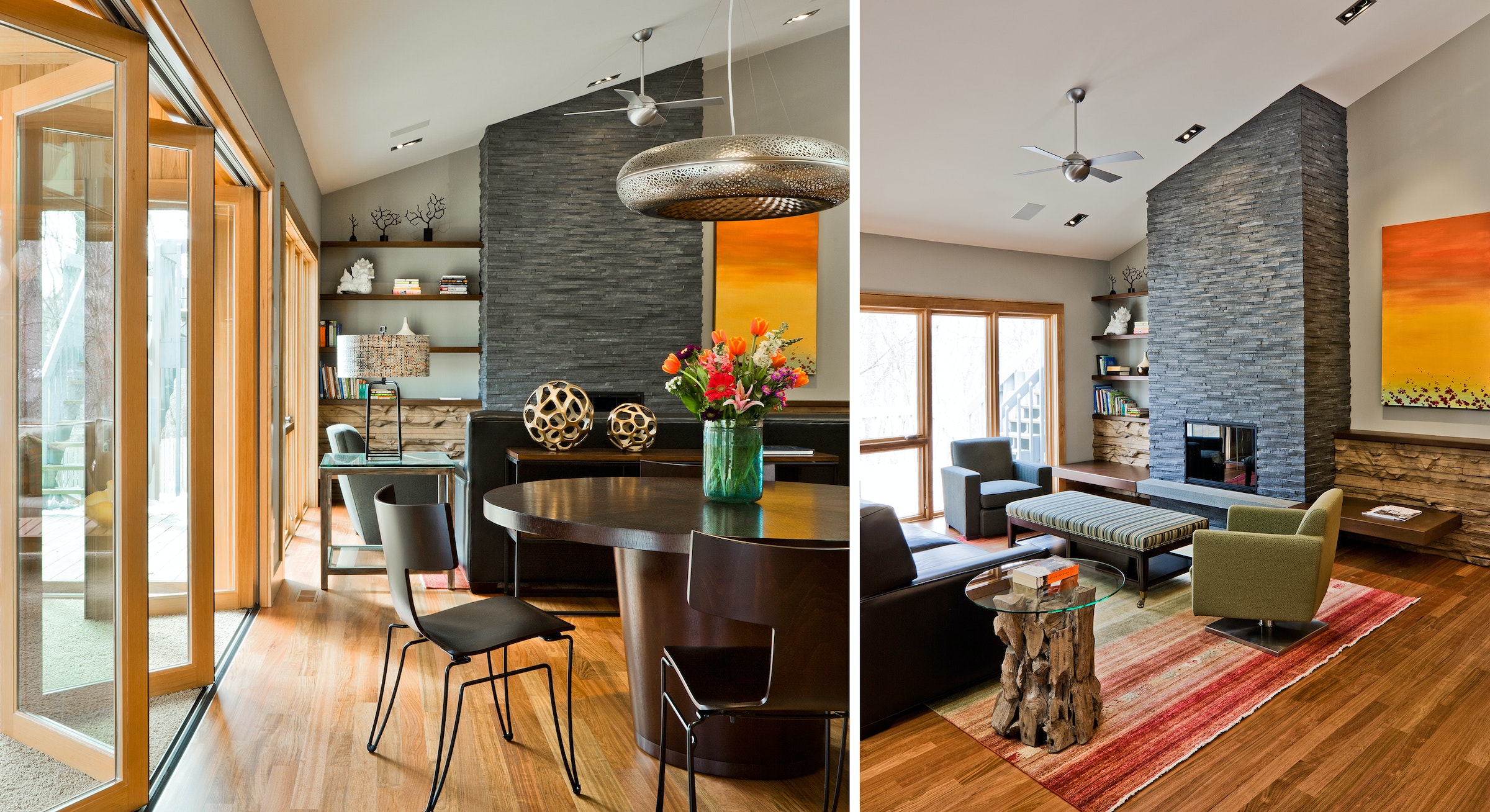 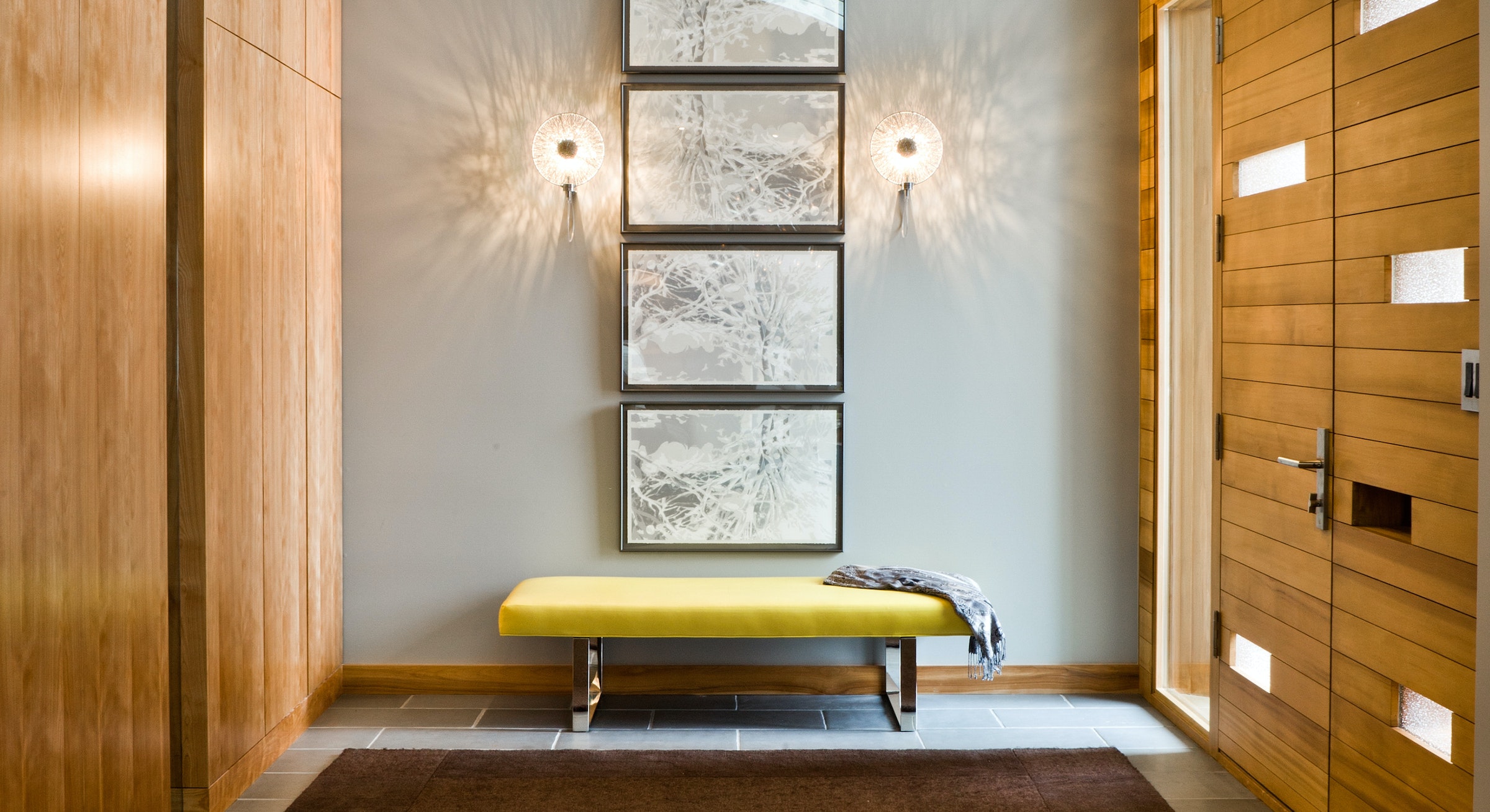 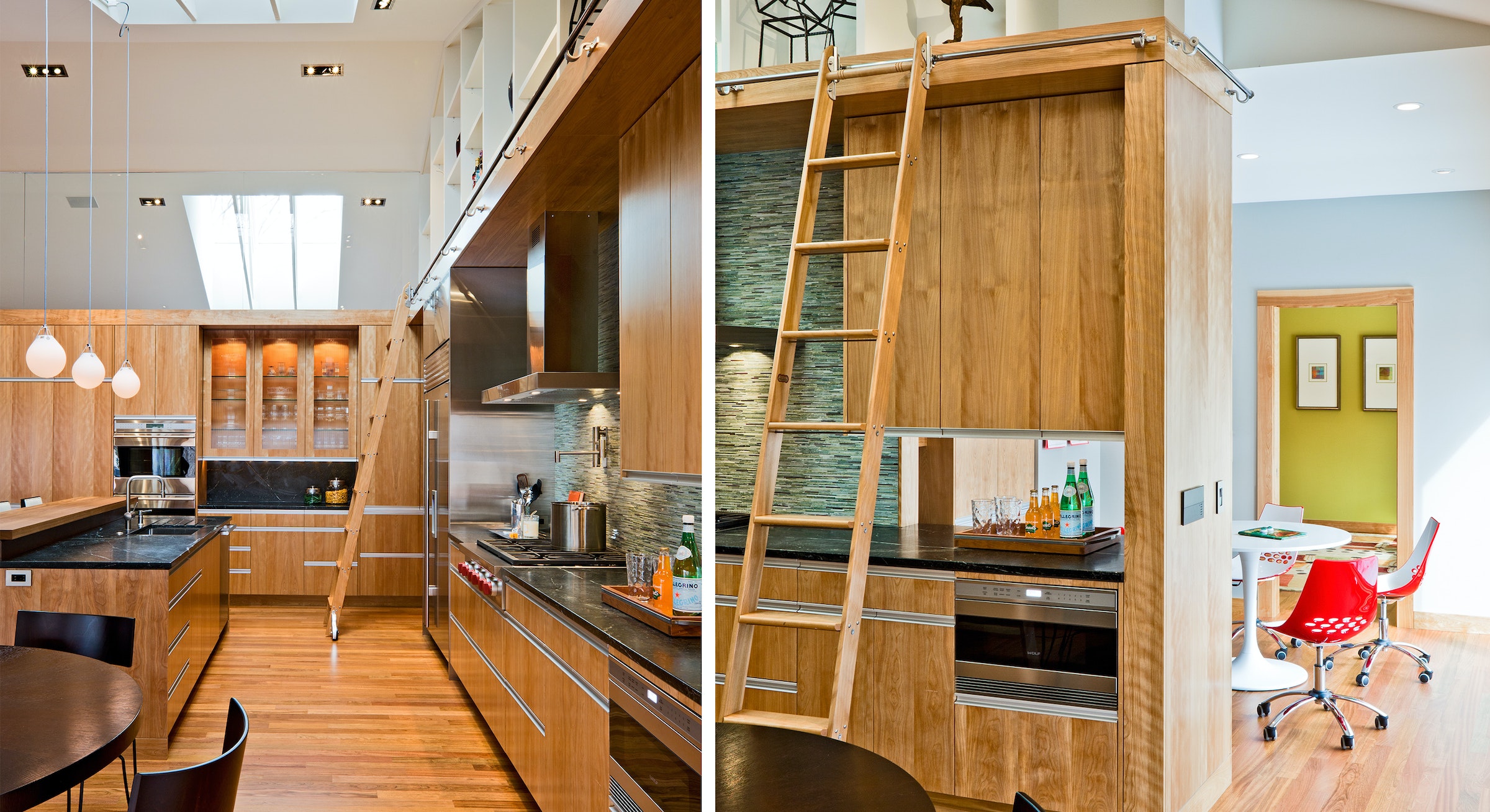 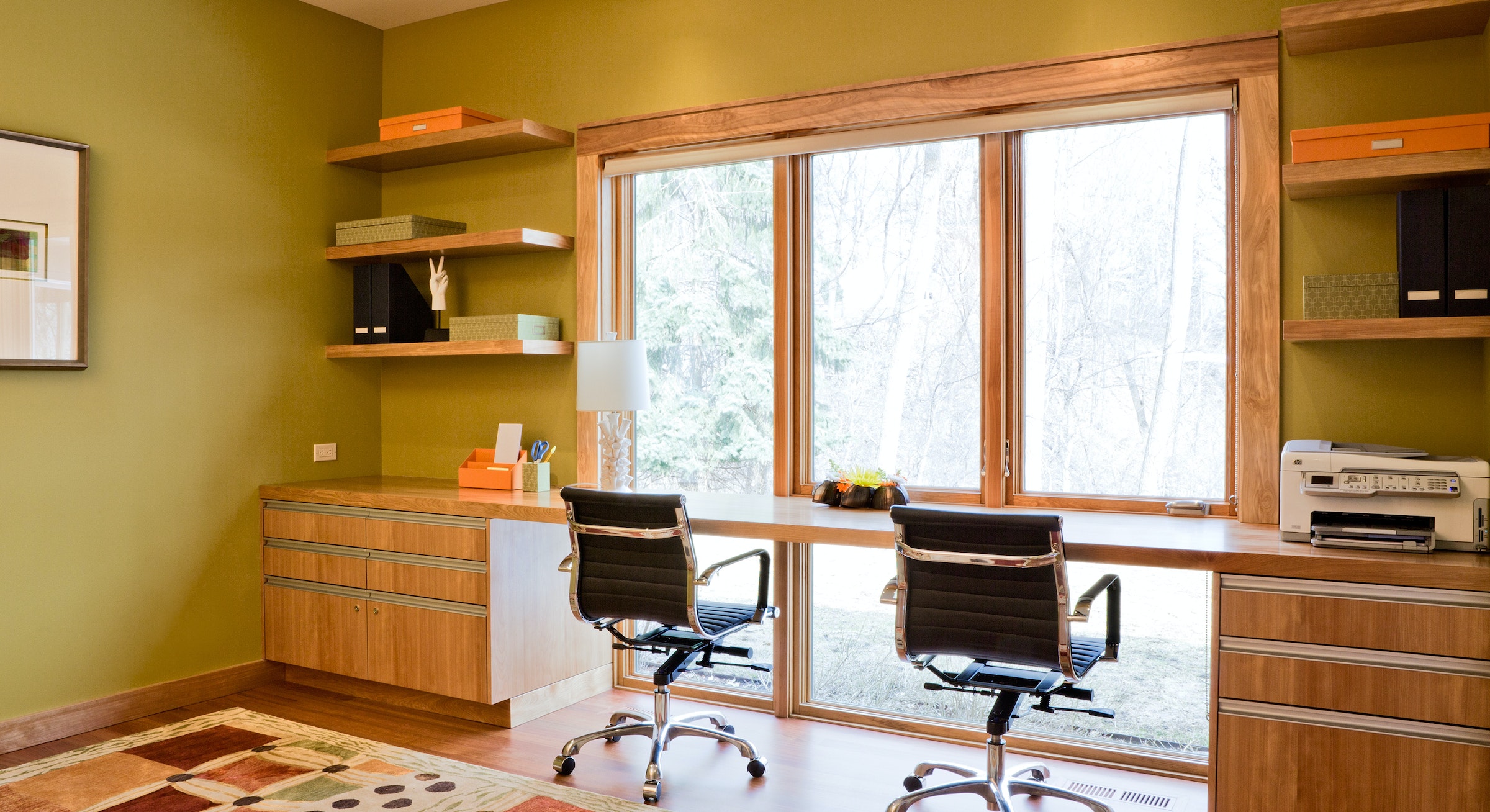 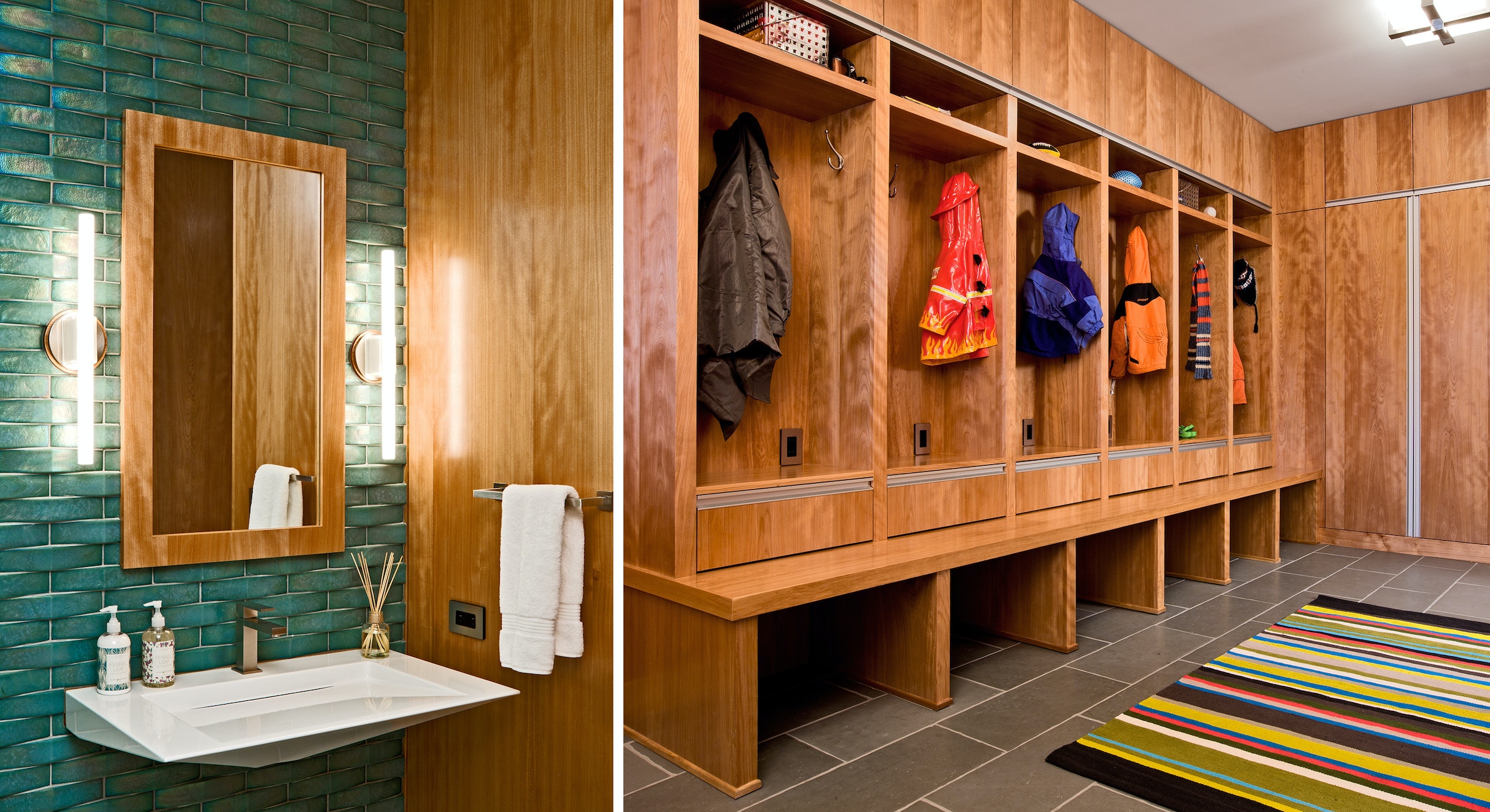